Salish Seascape, inspired by the photos of Warren Keelan. I’ve tried a few of these panning shots before but they really work best when there’s a nice colour contrast. Having said that, I didn’t really know how this was going to turn out until I processed it given that it was such a grey day.

Salish Seascape, inspired by the photos of @warrenkeelan. I've tried a few of these panning shots before but they really work best when there's a nice colour contrast. Having said that, I didn't really know how this was going to turn out until I processed it given that it was such a grey day. #ferryfriday #bcferries #sharethecoast #salishsea #straitofgeorgia #beautifulbc #beautifulbritishcolumbia #ifttt

When you’re on a ferry on open water on a grey day, there really isn’t much to photograph. And so I remembered that I’d tried out a panning shot from a ferry a couple of years ago and thought it would be fun to try another. For that particular photo, the panning was essentially performed by the motion of the ferry over a half-second or so.

While the exposure time for today’s shot was not especially long at 1/30 sec, I could obviously mimic a longer exposure by moving the camera instead. I tried a couple of photos, and found it more difficult than I expected to pan the camera horizontally without drifting up or down (or worse, up and down). In the end, the technique I adopted was to start panning, and then press the shutter release while continuing to pan which helped me to avoid any significant vertical drifting. That way I managed to get a few keepers.

All that remained was to read the file into DxO PhotoLab and tweak the exposure, contrast, and colour to get something I liked, then post to Flickr and Instagram (with a couple of additional tweaks). I like the effect, so I’m tempted to try some more in different weather and/or lighting conditions. 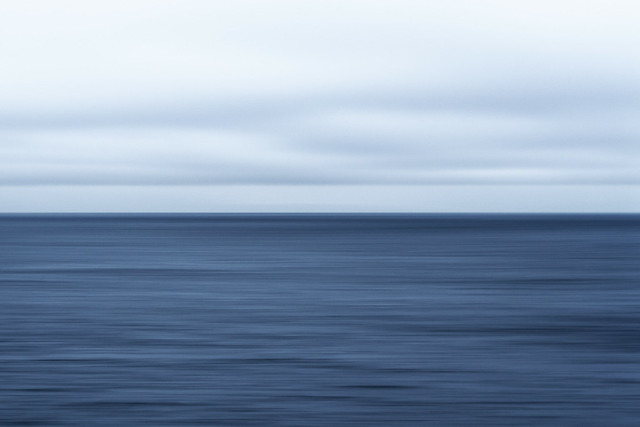