One of the things I was most excited about when moving to Vancouver was the chance to see the kinds of salmon spawning that I’d previously only seen on nature documentaries. My first salmon run was at Goldstream Provincial Park near Victoria way back in 2004, and even now I can vividly remember my first impressions: the smell. As soon as we got out of the car the stench of rotting fish was overpowering. Still, we persisted and spent an hour or so watching the salmon spawning and the various birds (mostly seagulls) going in for the eggs up and down the creek.

Fast forward a dozen years and we’ve been to Adams River to see the huge sockeye run in 2010, as well as Capilano River closer to home to watch coho and chum salmon make their way back to the hatchery. In fact just a couple of weeks ago I was up at the Capilano hatchery watching the coho run, and local anglers try their luck. One fisherman succeeded in spectacular fashion, landing an enormous coho. 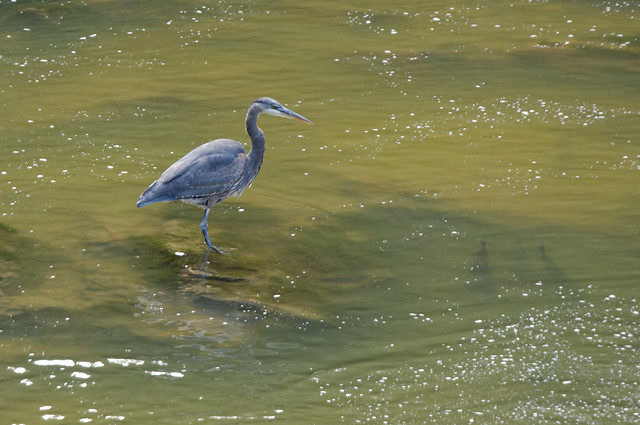 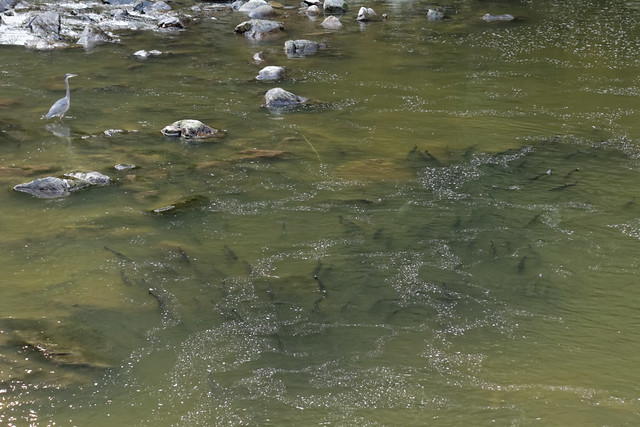 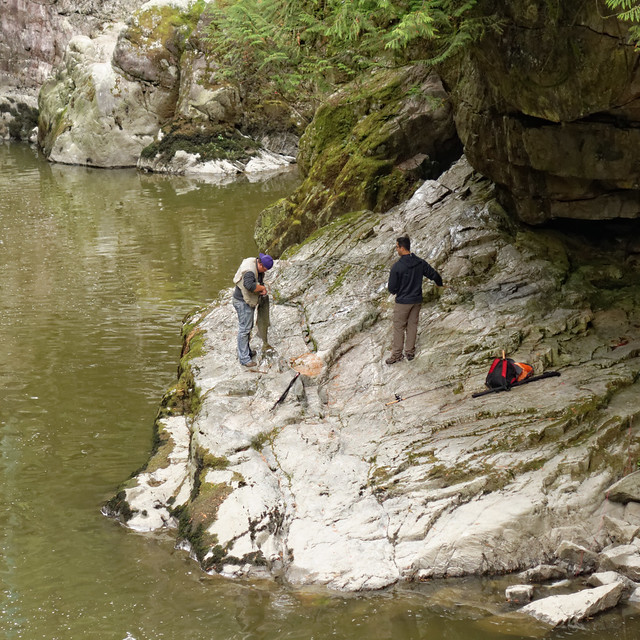 But what caught my eye this year was the news about the chum salmon. These are sometimes known as “dog” salmon, as they’re not regarded very highly when it comes to eating, and so they are food for the dogs. A number of tributaries of the Brunette River – itself a tributary of the Fraser – have seen the largest returns of chum salmon in many years. One of those tributaries is Still Creek, which drains into Burnaby Lake but whose source is near the intersection of Grandview Highway and Renfrew Street in Vancouver. It was big news a few years back when the salmon first returned to this creek. Imagine, an urban stream being a spawning ground for salmon!

And so on Tuesday morning, I spent a couple of hours casing out suitable places to look for salmon. I was lucky on my first check: Guichon Creek right on Canada Way across from BCIT, where I saw one recently-deceased fish and a spawning pair. Unfortunately I spooked the pair and they swam off upstream. I switched my attention to Still Creek where it turned out to be much more difficult than I expected as much of the creek flows through industrial parks and is mostly off-limits to the public. Even then, trying to find street parking was a challenge. Note to self: take your bike next time!

But right where the above Vancouver Sun article said to look near Natal and Cornett Streets, I found a spawning pair just downstream of a culvert. Further downstream there were a few more single fish as well as a couple of dead ones. The peak spawning had definitely passed, but I was happy to find these few hangers-on. 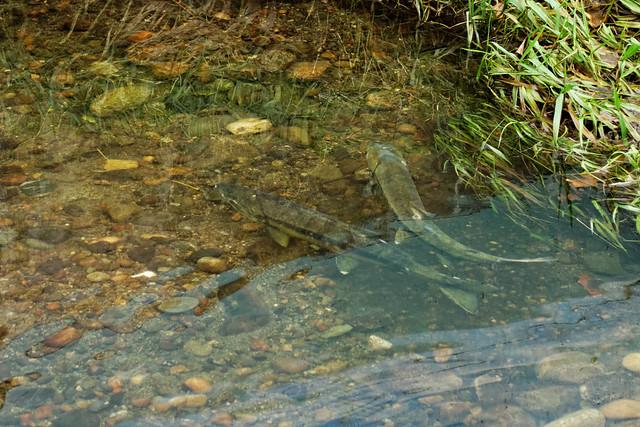 I must have spent a good half hour walking up and down this stretch of the creek to look for salmon. In the end I moved on to another section of the creek in Burnbay and found a few more, bringing my total for the day to about a dozen. Not bad, I thought.

I took a few video clips as it’s nice to see the movement of the fish and to hear the running water, and merged them into the 44-second video below:

Next up, it’s eagle season!

For a moment we found blue sky... And then it vanished. I'm shamelessly appropriating @cughiker's composition for these photos 📷😊
Orion rides high in the southern sky on the night of the Snow Moon. DYK I wrote a book chapter about a tiny patch of sky to the upper left of Orion's Belt? Take it from me, it's not exactly thrilling reading 😁 🔭📡
Throwback to the weekend and an awesome backcountry snowshoe trip. There's no doubt that time in the backcountry helps to reset and recharge, with nothing to do but walk, eat, sleep, and sit around. . Stop me if you've heard this one. I've been out of sorts with Instagram for the past couple of months, uninspired to post anything or even interact with the people whose posts I usually look forward to seeing. . I began to wonder about what I wanted to get out of Instagram as I just wasn't finding it fun any more. I think I'd let myself get too serious, too rigid about it, trying to post on a schedule to match certain favoured hashtags. . My solution was to create a second account for more random stuff: @_the_things_ive_seen_ . Absolutely no schedule and tag-free. . I'll continue to post on this account as well, and I'll stick to hiking and nature photos, but only when I want to, and not because I feel I should. . I'm sure I'm not alone in going through an Instaglum phase. What were your solutions?
As above, so below. So many ways for water to make interesting patterns. #Clouds #Snow #GaribaldiProvincialPark #ExploreBC #YourBCParks #BeautifulBritishColumbia
Floof alert! Thieving, begging floof that looks oh so cute and photogenic... It's hard not to give in to the temptation - but they don't need our food. Personally, I'm not keen on sharing 😁 #WildlifeWednesday #LeaveNoTraceTuesday #LeaveNoTrace #GaribaldiProvincialPark #YourBCParks #BCParks #WhiskyJack #CanadaJay #DontFeedTheWildlife #DontFeedTheFloof
The Landing Place of the Thunderbird, t'ak't'ak mu'yin tl'a in7in'a'xe7en. Such a well-named peak. If I was a thunderbird, I'd totally spend my days up there. #BlackTusk #MountainMonday #MountainCrushMonday #GaribaldiProvincialPark #WestCoastMountains #ExploreBC #YourBCParks #BeautifulBritishColumbia #BeautifulBC